When was Cloud Computing Invented

Though the term ‘cloud computing’ is relatively new, the whole idea behind cloud computing is not at all new. It has been around since 1960s. 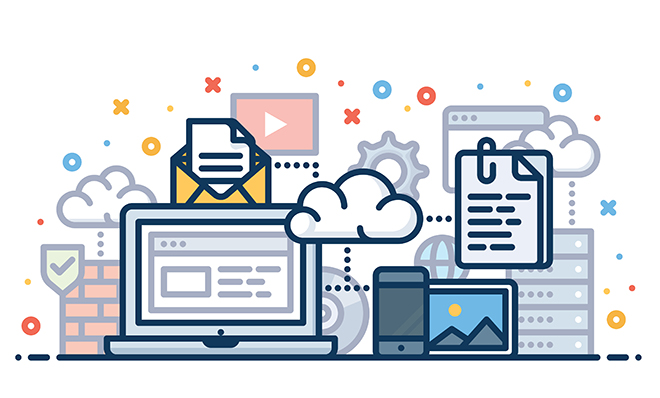 When was Cloud Computing Invented – Licklider

In 1960s, J C R Licklider (developer of ARPANET, which is the forerunner to Internet) envisaged the idea of making computation in the form of a global network.

During the same period, John McCarthy thought of making computation available as a public utility, something like electricity or water. He talked about this in a speech held at Massachusetts Institute of Technology (MIT).

The idea of a global network and utility based model are the two motivating principles behind the evolution of cloud computing. But, in fact its implementation was far ahead of its time then because technology has not grown to that level to make it practical. So, for next few years, the idea just continued as an idea itself.

In the mid twentieth century, the internet started to evolve and this introduced many major changes in technology. The Internet technology started to reach its maturity in late 1990s with many service providers coming with high speed Internet offers. This was the perfect time for cloud computing to start out.

So, the history of cloud computing is directly related to the development of Internet. Anyhow, from then cloud shape is being used to represent Internet.

The term cloud computing was first used  in 1997 by Ramnath Chellappa, an information systems professor. In 1999, with the help of a simple website, Salesforce started to deliver applications to users. This was made possible over the Internet. This made the concept of John McCarthy a reality.

Though the implementation became successful, it took few more years for the idea of cloud computing to become prevalent. Within a few years, cloud computing became so popular that many organizations switched from traditional to cloud computing model.

In 2002, Amazon had come up with Amazon Web Services. With this, computation, storage and even human intelligence became available as a service. This introduced the option of involving huge number of people in small tasks like Amazon Mechanical Turk.

In 2004, Facebook transformed the way users store their data and communicate each other. This also made cloud computing a personal service.

In 2006, the Elastic Compute Cloud was launched by Amazon which made cloud computing a real commercial service. They also introduced the Simple Storage Service (S3) making cloud computing an actual pay-as-you-go model.

In 2007, force.com was introduced by SalesForce.com. This made the start of the Platform as a Service (PaaS) cloud computing model.

Introduction of Google Apps, browser based cloud enterprise applications, is a major milestone in the history of cloud computing. This happened in 2009. With this, individuals received the freedom to create, store and manage data completely on the cloud.

Salesforce.com had come up with the concept of the cloud based database with database.com in 2010. These services can be accessed from any platform, used on any device and written in any programming language, thus making a great milestone in the history of cloud computing.

During the last decade, cloud computing has become one of the hottest topics that is being discussed among organizations and their executives.  The future of cloud computing is really unpredictable as indicated in the growth over the past decade.

This website uses cookies to improve your experience while you navigate through the website. Out of these cookies, the cookies that are categorized as necessary are stored on your browser as they are essential for the working of basic functionalities of the website. We also use third-party cookies that help us analyze and understand how you use this website. These cookies will be stored in your browser only with your consent. You also have the option to opt-out of these cookies. But opting out of some of these cookies may have an effect on your browsing experience.
Necessary Always Enabled
Necessary cookies are absolutely essential for the website to function properly. This category only includes cookies that ensures basic functionalities and security features of the website. These cookies do not store any personal information.
Non-necessary
Any cookies that may not be particularly necessary for the website to function and is used specifically to collect user personal data via analytics, ads, other embedded contents are termed as non-necessary cookies. It is mandatory to procure user consent prior to running these cookies on your website.
SAVE & ACCEPT